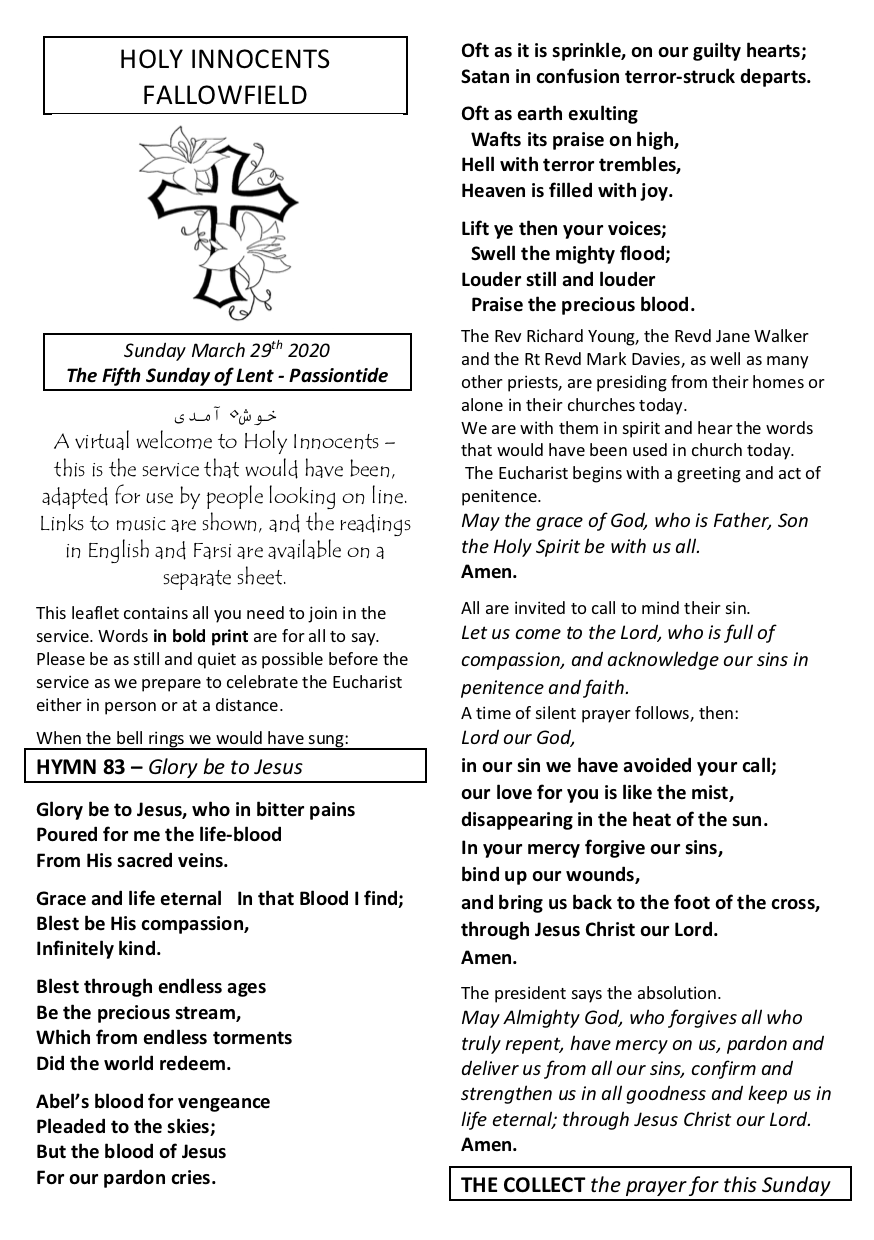 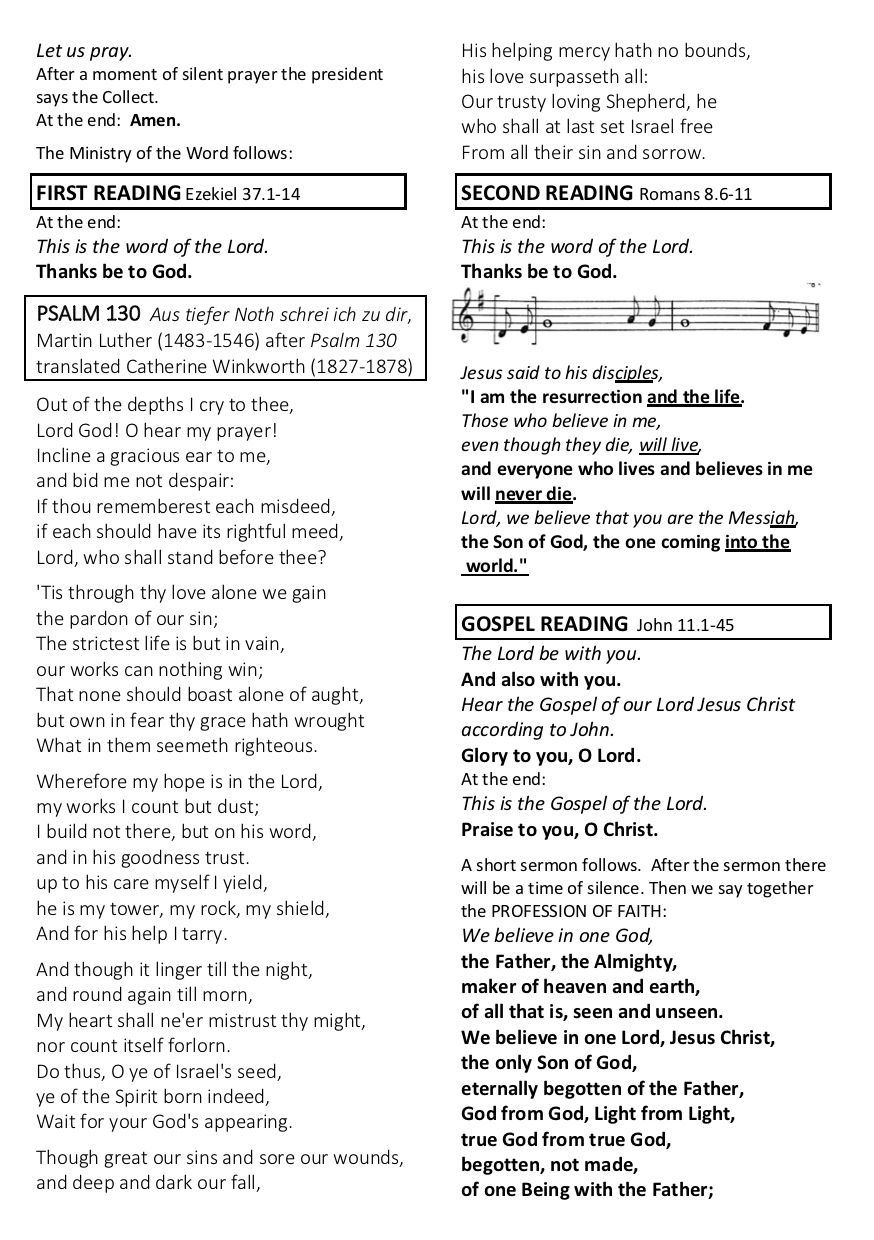 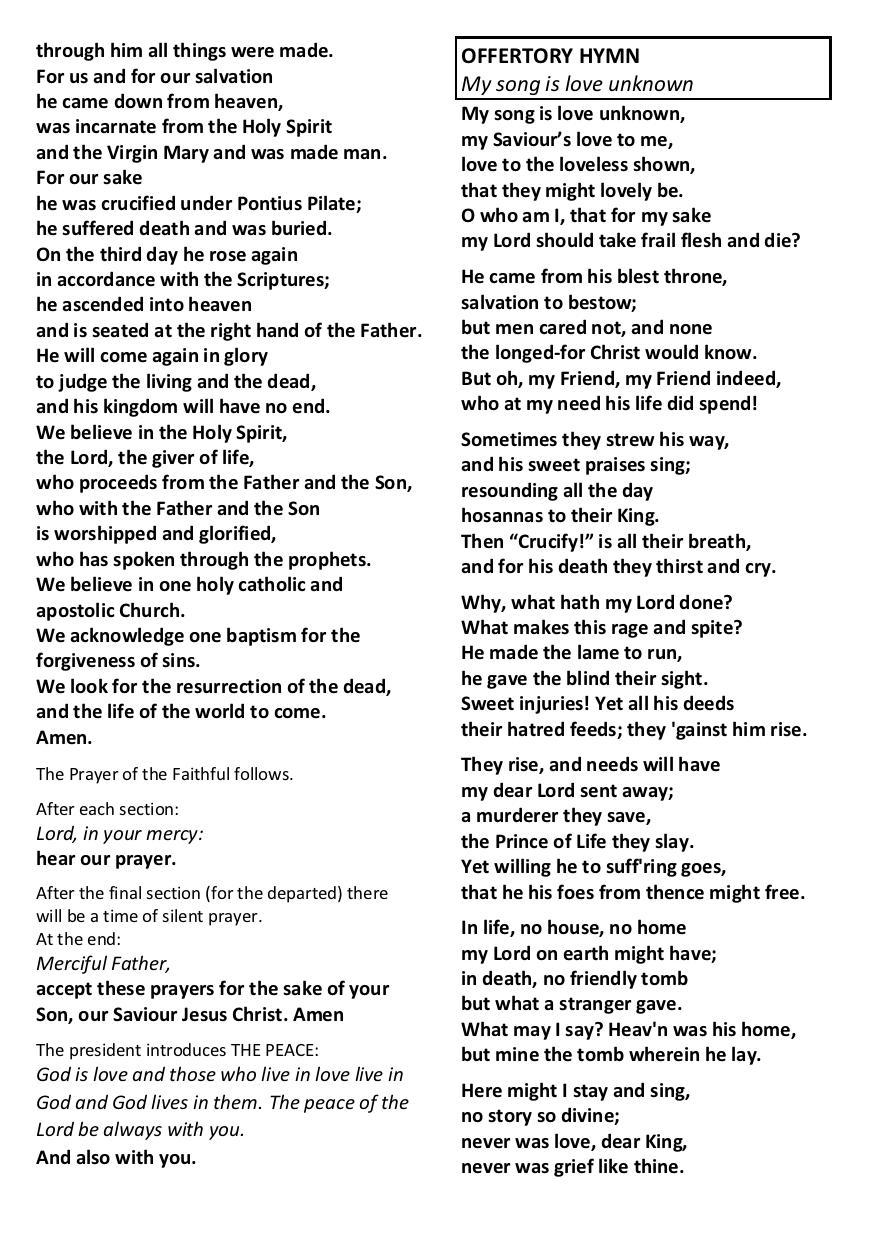 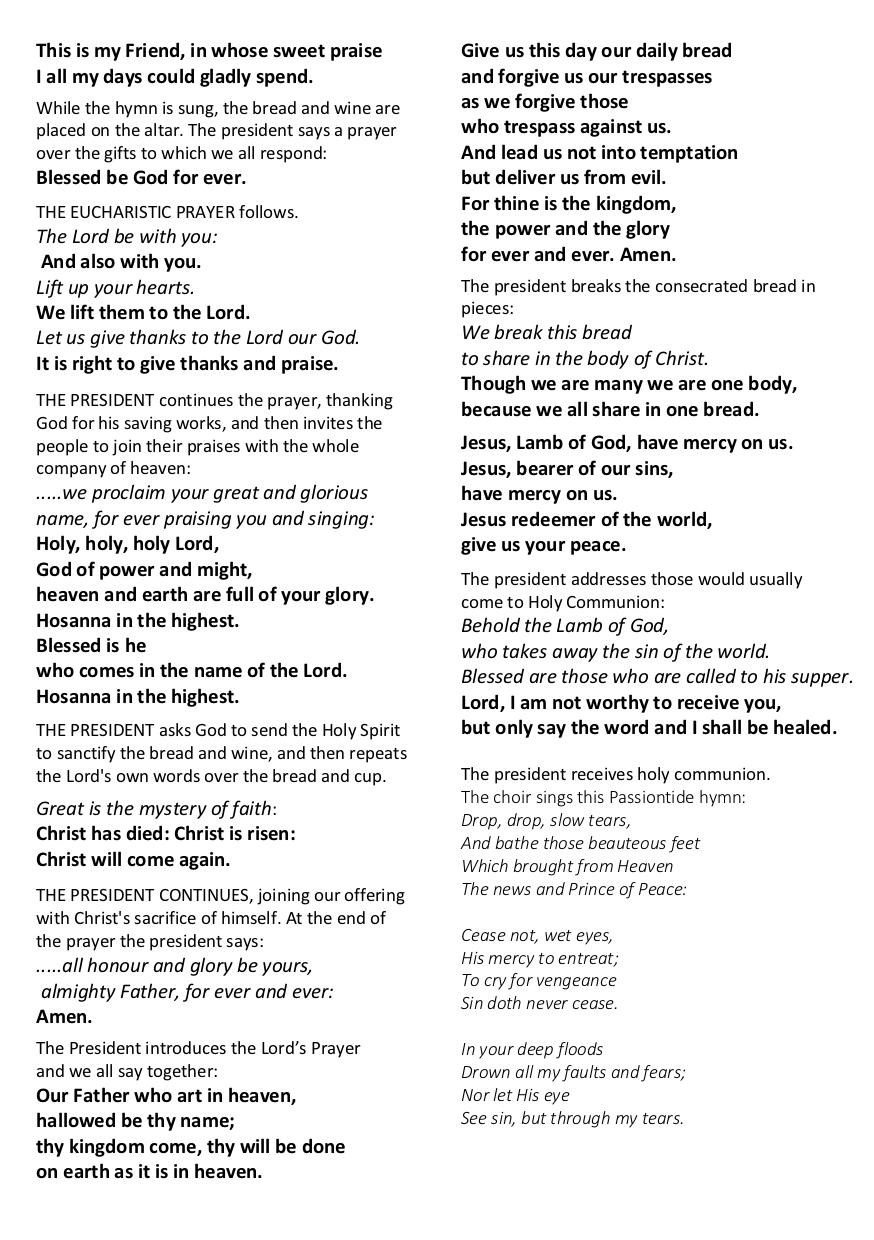 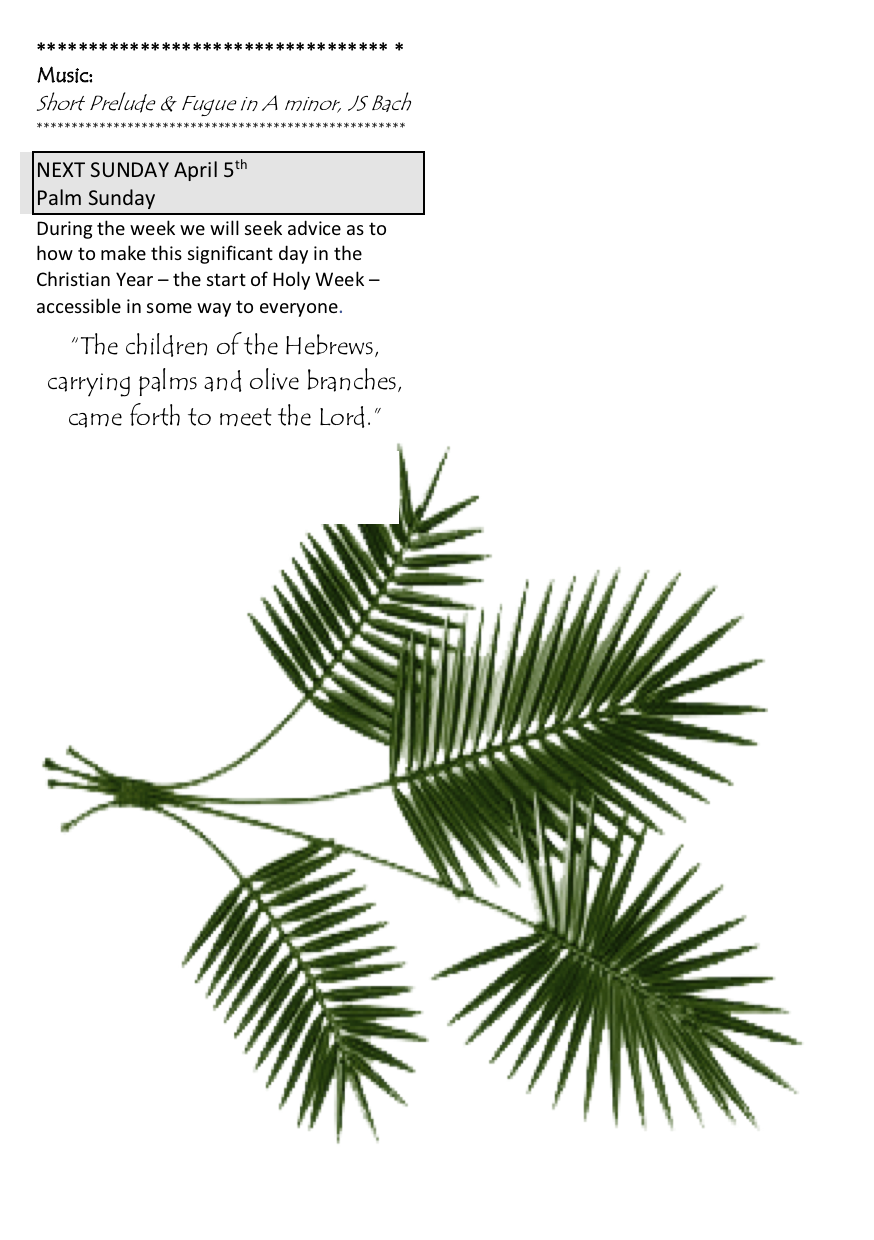 Download File
Please use the leaflet above and the audio below:
A rather last-minute decision was made, following the announcement of the suspension of public worship for the near future, to attempt to record a number of organ voluntaries that would likely have been played over the coming Sundays.  These are all one-take recordings done on an iPhone8Plus resting on a nearby music stand, so some interesting effects ensue when lower pedal notes are played... !  (As such, these videos are also probably optimised for phones...)

This week's voluntary is the Short Prelude & Fugue in A minor, attributed to JS Bach (BWV 559), though scholars think it likely written (along with the other Short Preludes & Fugues) by one of his students rather than Bach himself.